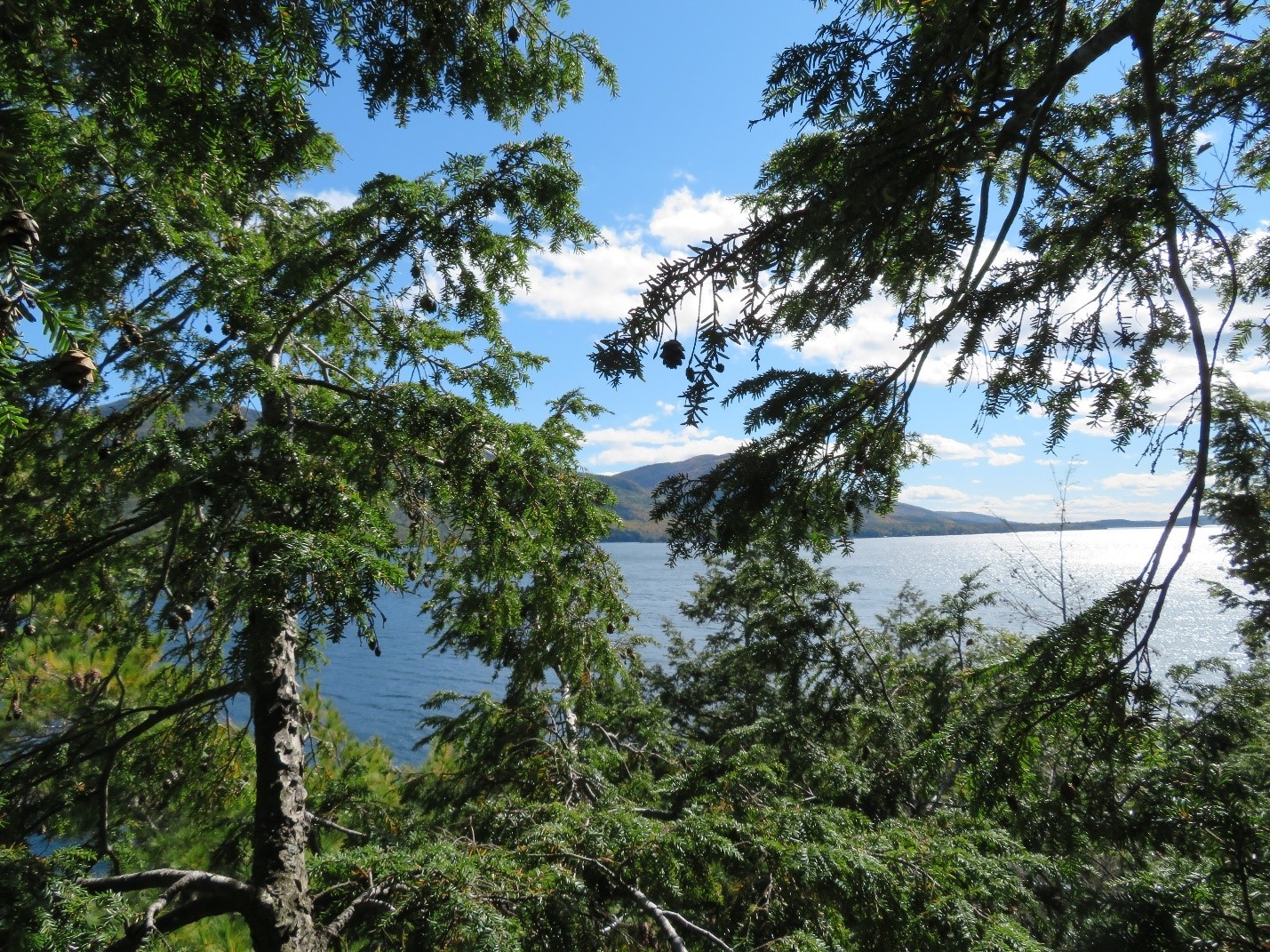 The eastern hemlock (AKA Canada Hemlock) is one of four species of the Tsugagenus, native to North America: T. caroliniana (Carolina), T. heterophylla (Western), and T. mertensiana (Mountain) being the other three. The primary native range of eastern hemlock (henceforth written, “hemlock”) extends from southern Canada and Nova Scotia west to Wisconsin and south to Georgia and Alabama, generally following the Appalachian Mountain range.

Although it is the state tree of Pennsylvania, some of the highest concentrations of hemlock trees can be found here in New York, particularly in the Adirondack, Tug Hill, and Catskill regions. I’m sure you’ve all noticed quite a bit of it in some of the MHLC preserves too.

Hemlock can be identified quite easily with a few key characteristics. It is an evergreen conifer, with a broadly pyramidal profile, and cuddly disposition. The director of the NYS hemlock initiative, Mark Whitmore, often referred to them as, “the puppy dog trees of the eastern forests”. This is due to their very soft needles, and flexible boughs, unlike those of some prickly spruce trees. The stalked needles are short (~1/2”), flat, and double-ranked along the twigs with conspicuous dual white stripes on the underside. The bark of mature trees is scaled and fissured, rough to the touch, and brown with hues of red and purple. Female seed cones, which present in early autumn, are also small, about an inch in length, with rounded scales.

Tree size varies greatly with age and location. A mature tree in optimal conditions will easily attain heights of 80 feet and beyond. Similarly, a mature tree may thrive for centuries in the understory, this is because the eastern hemlock is one of the world’s most shade-tolerant trees. Climax communities of mature hemlock may include a wide variety of size classes and will most often be found on north-facing slopes, in moist gullies, and along stream corridors.

Healthy hemlocks provide a unique microclimate at ground level; temperatures beneath the trees are maintained with a several degree differential, offering a shelter that’s warmer in the winter and cooler in the summer. This provides important habitat in all seasons and is critical to maintaining cold temperatures in streams for native trout populations. Many bird species, the black-throated green warbler, Blackburnian warbler, ovenbird, hermit thrush (the list goes on and on) rely on Eastern Hemlock forests. You are also quite likely to spot a porcupine or a group of awkwardly perched wild turkey in the canopies of hemlock stands in winter months.

As many of you will be aware, our hemlock trees are threatened by the introduced forest pest, Hemlock Woolly Adelgid (HWA), Adelges tsugae as well as the ever-looming effects of climate change. HWA has already been detected at several of the MHLC preserves including Keleher, Hollyhock Hollow Sanctuary, and Wolf Creek Falls. Stay tuned for my next post, I’ll discuss the biology and impacts of HWA on our forests, as well as the ways in which MHLC (and you) can help stem the tide!